When I first sailed into the Carribean Sea with my parents and sister in 1976 having transited the Panama Canal I started to encounter many indigenous built sailing craft. The first ones were the Cuna Indians sailing dugout canoes called "Ulues". This is spelt wrong but that's how it sounded. From here We sailed to Cartagena Columbia and came across large 50' dory shaped schooners that were used in the coconut trade with the Cunas. In the bay of Cartagena sailing at that time was a mirad collection of sailing dugout canoes.
From there We sailed to Florida arriving in April of 76.
Here we docked in Tarpon Springs next to an old Apalachicola centerboard schooner called the Governer Stone. Next to This one was another in great disrepair owned by an old man called Capt. Tom Annerdown. He was 90 + years old an had lived his life on the water making a living under sail only. His schooner had been his home for the past 50 years. He had made a living as a sponger, fisherman, bringing shells back from the Bahamas to sell, a conch fisherman, and just plain living off the sea. He said he had a pot slowly cooking on his wood stove that never got cold so he just added what ever came his way. A turtle would last for a month slowly cooking away. Tom was also known to have anchored his schooner next to oyster shoals in the Everglades and eat his way across them.
From here I sailed my first real sailboat at 18 to the Bahamas. She was a plywood hard chined sloop
18' long built in France to the JOG offshore group rule. In 1977 the Bahamas still had lots of pure wooden sailing vessels. These sloops ranged from very crudely built to just lovely. They were used for collecting and storing Conchs withmost having a live well in the middle of the boat to keep alive the fish that was caught in fish pots and hand lines.
Years later My wife and daughter arrived in the West Indies on the first Hogfish ,my engineless centerboard yawl. These islands are full of local native built sailing vessels that suit the particular islands needs.
Four years ago I was hired to fix up a 38' sloop built on the island of Cariacou  to race in what has become an expat sport. These boats are built by hand tools on the beach in Cariacou by eye with only very basic tools . The boats are fastened with house nails. The sails are scraped from wrecked yachts or hand me downs. They sail engineless.
My job was to fix a few soft planks , repaint and get her ready for the St. Bart's regatta.
Today these sloops are sought after by wealthy expat foreniers that love to race each other in these boats. The one I worked on would not fetch a cent anywhere else in the world for how rough and leaky  it was but my client gladly paid around $50,000.00 for his. " Sweetheart" was about 35 years old with a good race record. She had a small Yanmar diesel in her as the owner used her to fish for Wahoo over the shallow offshore banks. Today there is a constant demand for new builds. These cost about $150,000.00 each with the same construction but the fastenings are bronze now.
After getting Sweetheart seaworthy I was able to sail her for a few days and day race against another new builds. These boats have a wicked weather helm on any point of sail but are fast and very sweet sailors. I believe the helm problem is caused by the rudder stock being placed to far forward.
It was good job for me, 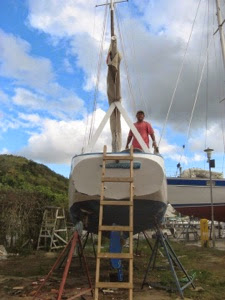 all done in Jolly Harbor Antigua. 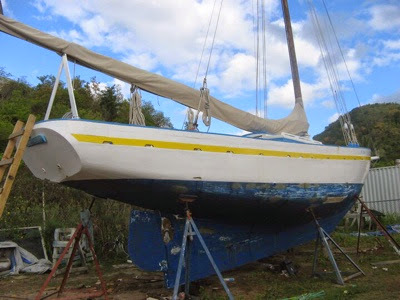 Here you can see that the rudder is way to far forward. I think they just down sized old schooner lines from up north. 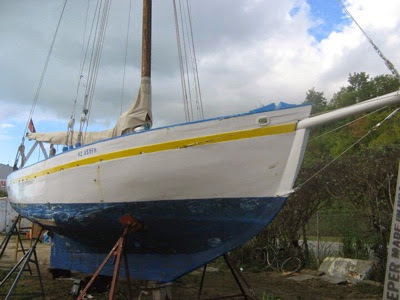 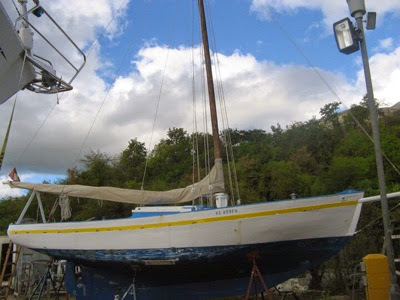 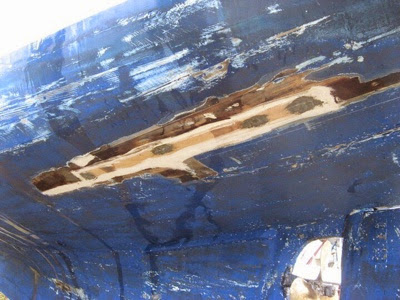 I could poke my finger through a lot of this hull. They rely a lot on underwater Epoxy to keep these boats afloat. 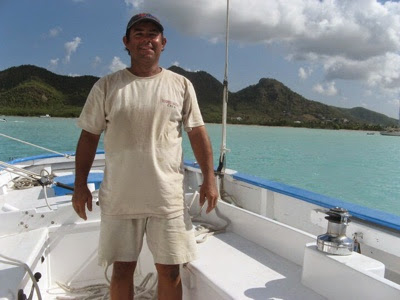 Jolly Harbor in the back ground. No hills like this in the Bahamas! 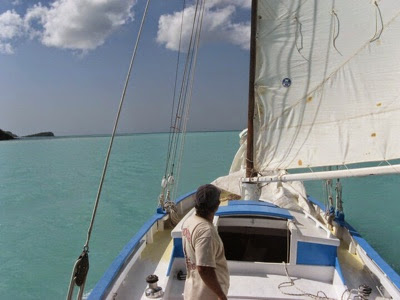 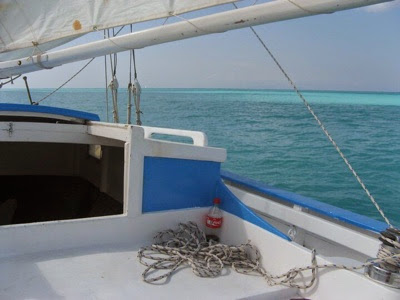 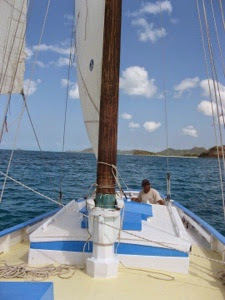 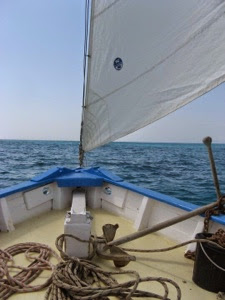 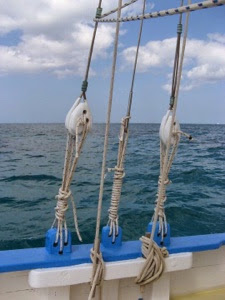 Love this detail. We don need no stinkin turnbuckles ! 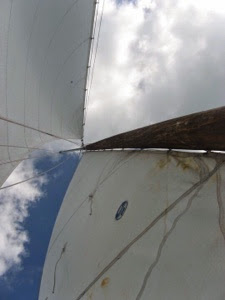 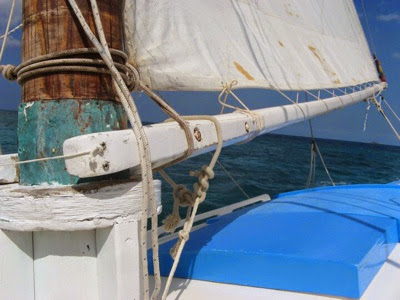 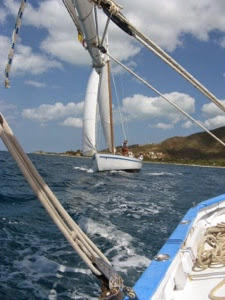 Being chased by a new build on my way tacking up to English Harbor. 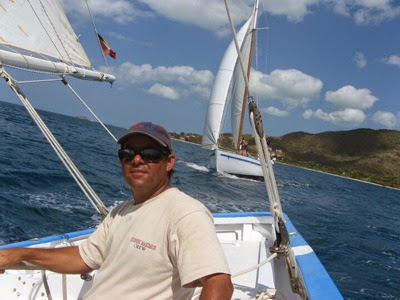 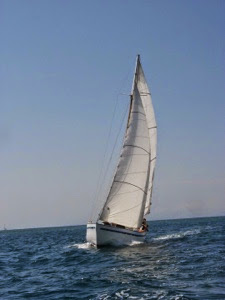 Look at that luff ! Who cares we'er still moving along well. 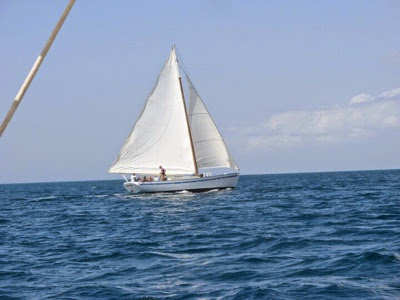 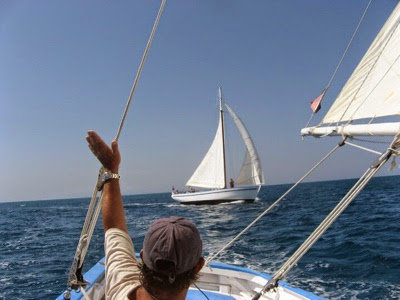 Ha ! Maybe next time you might catch us.
I hope to be in Antigua by New Years this year. Waiting here in Spanish Wells for a weather window to catch a front to sail down non stop. Missed this one but will be ready for the next.
My client raced for a season , had a blast and sold Sweetheart for what he had spent .
I then built the Ian Farrier 32 AX trimaran for him.
It's in Antigua now so hope to be sailing her soon.
See you down island soon.
Posted by Chris Morejohn at 12:11 PM