Statia island has a wonderful extint or dormant volcano on it that is a good hike up and down into. A 3,000 ft. Climb. Tim and Gayle had hiked ten years before and wanted to do it again.
One of the things you have to get used to sailing down here is that all these islands are little nations and think they are big nations so they take all immigration and customs very seriously. Plus I think it's good business for them as it puts locals into a lifetime job. Every place you go to has at least two pages of paper work that has to be filled out at the minimum. Plus they charge you different port fees and so on. The French countries don't charge and are very relaxed which is nice.
I think what I would do is make all the countries have the exact same crew list form. You make 20 copies for all the islands , go in hand them a copy with the cash they want,and they just make you sign a piece of paper that has the rules on it for that country which would all be the same, don't work without a permit,no fishing, dress modestly and so on and if you break the rules you can't come back for awhile. It's like driving in the states and having to clear into each county in each state. So it takes a bit of time but 90% of the local officers are very nice. 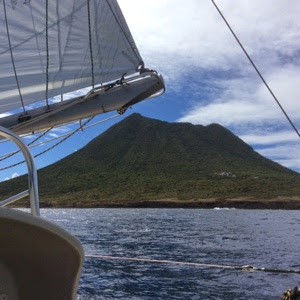 This is the volcano we're going to climb. 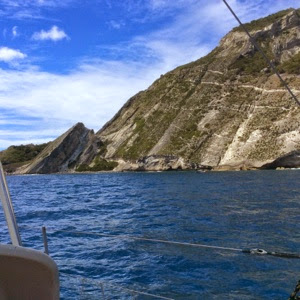 Rounding the leeward part of the island with this huge white wall of limestone rock that was pushed up from the bottom with the last volcanic eruption about 1,600 years ago. 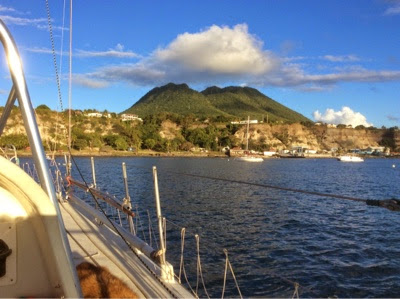 Anchored in the bay. 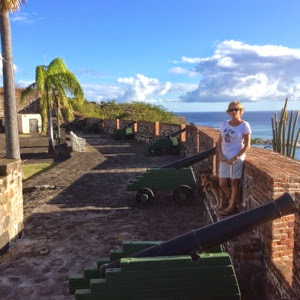 The fort. All these places have great forts as everyone back in the day were at war with each other. 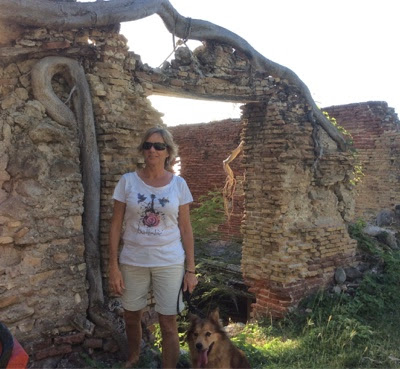 Old store house on the shoreline. 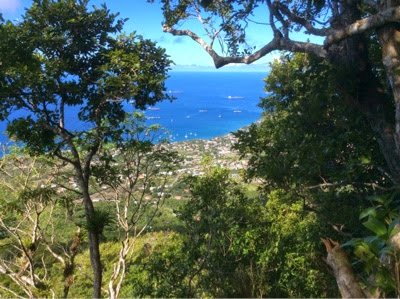 Starting up the climb about half way. 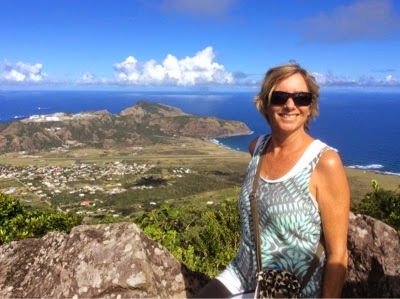 Rachel on one of the lesser rim peaks. 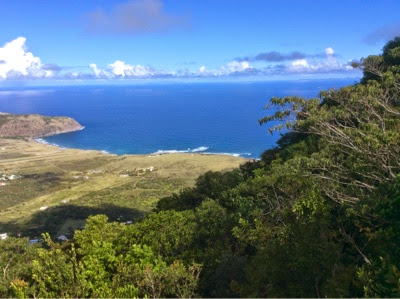 You could see SABA, St. Martin and St Bart's that day. 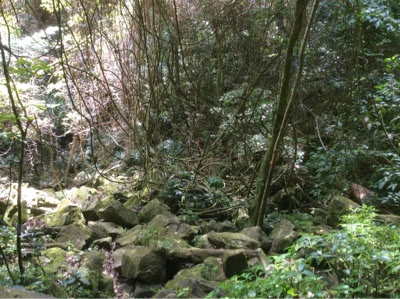 Going down into the volcano. 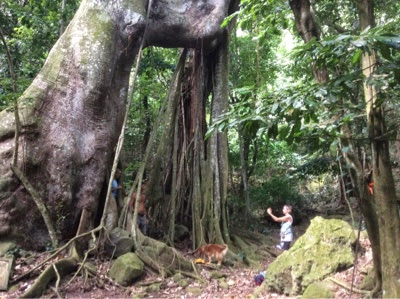 Big trees in the bottom of the crater 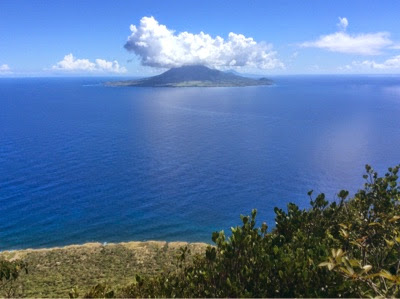 Almost at the top of the rim looking SE over to St. Kitts. Perfect day for hiking. 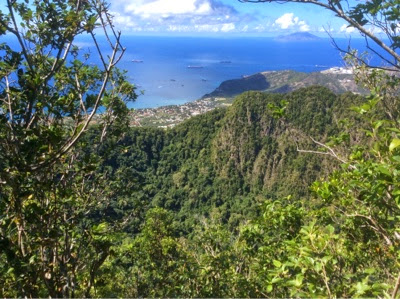 Looking back down at our boats at anchor. The last parts of the trail had ropes to aid in getting up the rocks. Was too steep for the dogs. 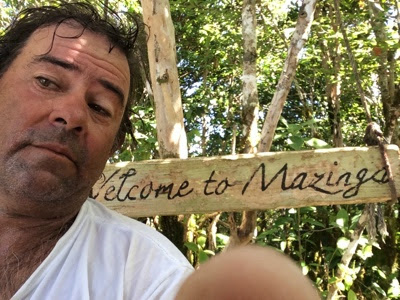 A selfie at the top.
Statia was a very nice quiet settlement. The island gets a lot of revenue from the oil industry that stores its oil there . For a small population of less than 3,000 people I have never seen so many new cars, and so many hugely obese West Indians. There is very little turisum there but everyone seems to be over fed. The other sad thing we observed was when talking to the young teenagers at the town dock, they were asking about our dog ,none of them knew the names of their neighboring islands. Within 50 miles of this island are 13 other bigger islands and 8 are independent nations. It was like asking an American what that huge island nation is that's 50 miles off the coast of Florida. Ah... Bermuda? Barbuda? Barbados? Bonaire? Oh I know ! It's that communist place with all the terrorists called Cuba.
That's why I like being in the Bahamas as most Americans belive it has only one island called Atlantis.
Posted by Chris Morejohn at 12:00 PM